Disney Plus | What happening May 21

With so much coming out at the moment across the streaming platforms it’s difficult to keep up, but with Disney Plus growing on there platform what’s due to come out next month? Well, May is Star Wars month! along with some other gems. 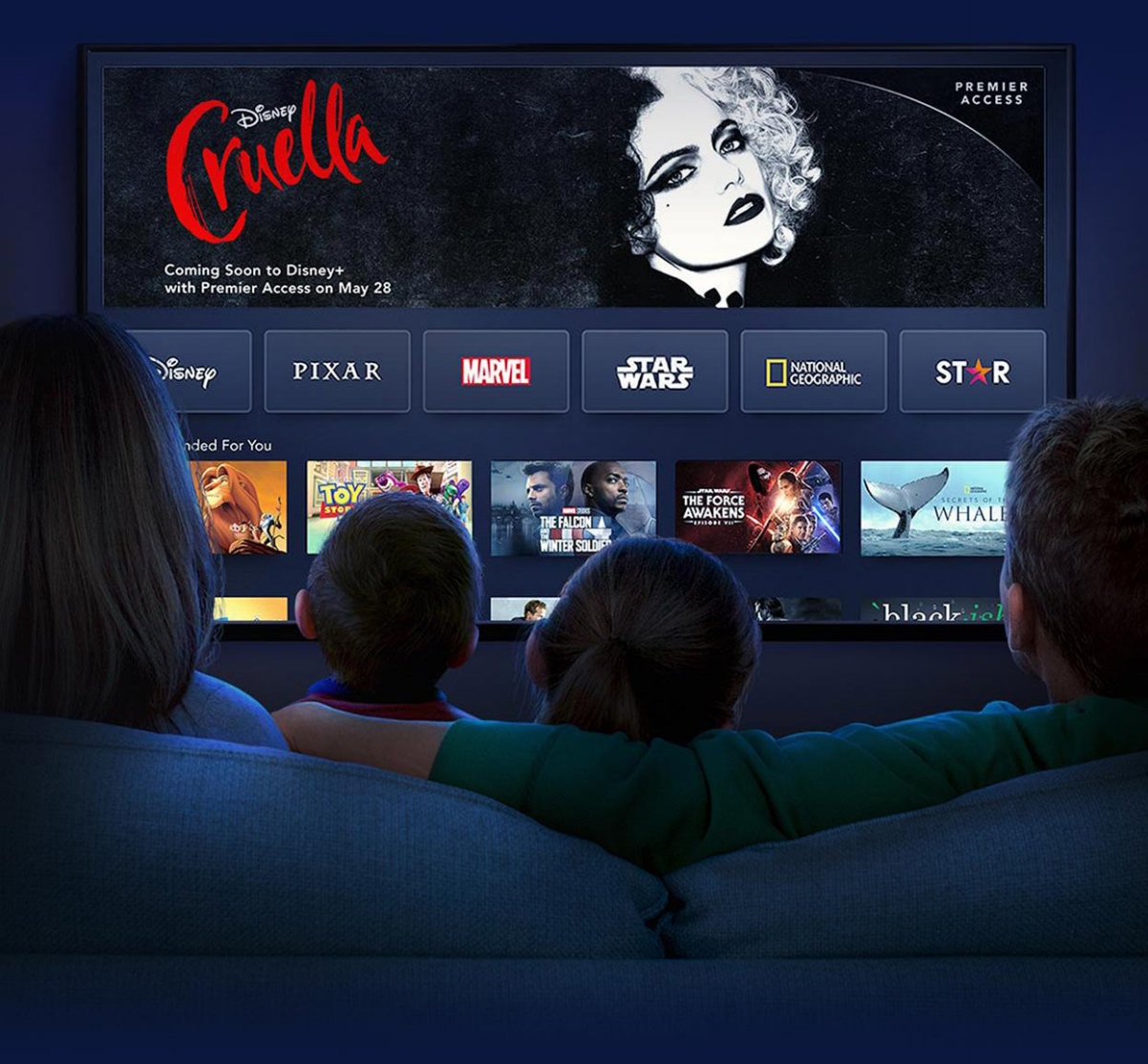 and the latest blockbuster movies joining the service in the UK.

Please note, movie & TV series availability can vary by country and is subject to change. The below is correct at time of issuing.

May the Fourth be with you: Celebrate Star Wars Day with new series The Bad Batch, alongside

a treasure trove of other titles from a galaxy far far away on Disney+, the streaming home of Star Wars.

and tween know-it-all this May with all seasons of The Simpsons streaming now on Disney+.

or series and watch it on the go, even when you’re not connected to the internet.

What’s new on Star on Disney+

New to Star in May

A new Star Original series, Rebel is inspired by the life of iconic activist Erin Brockovich today. Annie “Rebel” Bello is a blue collar legal advocate without a law degree.

A funny, messy, brilliant and fearless woman who cares desperately about the causes she fights for and the people she  loves. When Rebel applies herself to a fight she believes in, she will win at almost any cost

Streaming weekly from 28th May

The megalomaniacal supervillain M.O.D.O.K has long pursued his dream of one day conquering the world. But after years of setbacks and  failures fighting the Earth’s mightiest heroes, M.O.D.O.K has run his evil organisation (A.I.M) into the ground. Ousted as A.I.M’s leader while also  dealing with this crumbling marriage and family life, the Mental Organism Designed Only For Killing is set to confront his greatest challenge yet: a  midlife crisis

Streaming weekly from 21st May

Revisit the loft: New Girl is 10 years old this year!

Ten years since the charming ensemble comedy first aired in 2011, all episodes of New Girl are arriving on Disney+. The series follows bubbly  school teacher Jess, her three dysfunctional roommates and her best friend Cece, as they navigate life and modern relationships through  seven seasons of break-ups, pranks and heartwarming silliness.

Stream all episodes from 7th May

Movie highlights coming to Star on Disney+ this month include:

You can now tailor each Disney+ profile and apply different

content controls for each user, alongside the Profile PIN and

is applied, content made available within each specific profile via

And remember, if no content rating is set, the default rating will be

The all-new live-action feature film about the rebellious early days of one of cinemas most notorious – and notoriously fashionable – villains,  the legendary Cruella de Vil. The film, set in 1970s London amidst the punk rock revolution, follows a young grifter named Estella, a clever and creative girl determined to make a name for herself with her designs. She befriends a pair of young thieves who appreciate her appetite for mischief, and together they are able to build a life for themselves on the London streets.

One day, Estella’s flair for fashion catches the eye of the  Baroness von Hellman, a fashion legend who is devastatingly chic and terrifyingly haute, but their relationship sets in motion a course of events  and revelations that will cause Estella to embrace her wicked side and become the raucous, fashionable and revenge-bent Cruella.

East High’s favourite drama students return as they prepare to perform ‘Beauty and the Beast’ for their Spring musical. The second season will  include reimagined musical numbers from both the High School Musical movies and the stage production of Beauty and the Beast in addition to  brand-new songs that join hits from Season One like ‘All I Want’, ‘Born to be Brave’, and ‘Just for a Moment’.

Stream weekly from 14th May

This new animated series follows the elite and experimental clones of the Bad Batch as they find their way into a rapidly changing galaxy in the immediate aftermath of the Clone War. Members of the Bad Batch – a unique squad of clones who vary genetically from their brothers in the  Clone Army – each possess a singular exceptional skill that makes them extraordinarily effective soldiers and a formidable crew. In the post-Clone War era, they will take on daring mercenary missions as they struggle to stay afloat and find new purpose.

Streaming from 4th May

And don’t stop there! Travel to a galaxy far, far away this May the Fourth with Disney+, the streaming home of Star Wars. Immerse yourself in behind the scenes documentaries, animated series, originals, sequels, prequels and spin-offs on Disney+ this Star Wars Day.

A new opportunity for six directors from underrepresented backgrounds to present diverse perspectives through the production of original,  live-action short films for proposed initial exhibition. Directors have been paired with creative executive mentors from across The Walt Disney  Company and challenged to create original films that celebrate the inaugural theme of “Discover”.

Streaming from 28th May

New episodes of the kids’ favourites

Arriving on the platform this month are a host of new episodes from firm family favourites, including shows from Disney Channel, Disney Junior  and elsewhere. Keep the little ones entertained this May on Disney+!

Stream season 4 from 21st May

Stream season 2 from 28th May

Stream season 1 from 14th May

Stream season 2 from 14th May
This service email contains essential information relating to Disney+. Disney’s policy is to respect and protect individual’s privacy. Read our Privacy Policy, or find out more about your UK & EU Privacy Rights. This email has been sent by: The Walt Disney Company Limited, 3 Queen Caroline Street, Hammersmith, London W6 9PE, United Kingdom. Registered No. 530051. All information correct at time of distribution. Copyright © 2021 Disney and its related entities. All Rights Reserved.

Disney Plus | What’s happening in April 2022

Disney Plus | What’s happening in December 2021

Disney Plus | What’s happening in August 2022

This site uses Akismet to reduce spam. Learn how your comment data is processed.

We use cookies on our website to give you the most relevant experience by remembering your preferences and repeat visits. By clicking “Accept All”, you consent to the use of ALL the cookies. However, you may visit "Cookie Settings" to provide a controlled consent.
Cookie SettingsAccept All
Manage consent

This website uses cookies to improve your experience while you navigate through the website. Out of these, the cookies that are categorized as necessary are stored on your browser as they are essential for the working of basic functionalities of the website. We also use third-party cookies that help us analyze and understand how you use this website. These cookies will be stored in your browser only with your consent. You also have the option to opt-out of these cookies. But opting out of some of these cookies may affect your browsing experience.
Necessary Always Enabled
Necessary cookies are absolutely essential for the website to function properly. These cookies ensure basic functionalities and security features of the website, anonymously.
Functional
Functional cookies help to perform certain functionalities like sharing the content of the website on social media platforms, collect feedbacks, and other third-party features.
Performance
Performance cookies are used to understand and analyze the key performance indexes of the website which helps in delivering a better user experience for the visitors.
Analytics
Analytical cookies are used to understand how visitors interact with the website. These cookies help provide information on metrics the number of visitors, bounce rate, traffic source, etc.
Advertisement
Advertisement cookies are used to provide visitors with relevant ads and marketing campaigns. These cookies track visitors across websites and collect information to provide customized ads.
Others
Other uncategorized cookies are those that are being analyzed and have not been classified into a category as yet.
SAVE & ACCEPT